Jillian is an Associate in our Los Angeles office whose main focus is Entertainment law.  Jillian also practices in the general areas of Intellectual Property, Contract and Business law.

Prior to joining Hiller Counsel as an Associate, she worked with our firm as a Law Clerk and practiced law in Canada.

She is a member of the State Bar of California and the Nova Scotia Bar Society. 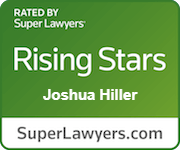